Bell P-39N-1 Airacobra is a fighter armed with a battery of different-caliber barrels: four 7.62 mm and two 12.7 mm machine guns, as well as a 37 mm autocannon. Like a real cobra, the P-39N-1 is capable of swiftly rushing in to attack, then taking out its prey while they're preoccupied.

Tachikawa Ki-94-I is an aircraft with excellent speed and dynamic performance, as well as powerful armament. Its outstanding firepower and availability of bombs make it universal for mid and high altitudes. Employing hit-and-run tactics, the Ki-94-I is capable of fulfilling its potential to the full extent.

Together with the aircraft, you will get

special missions with an 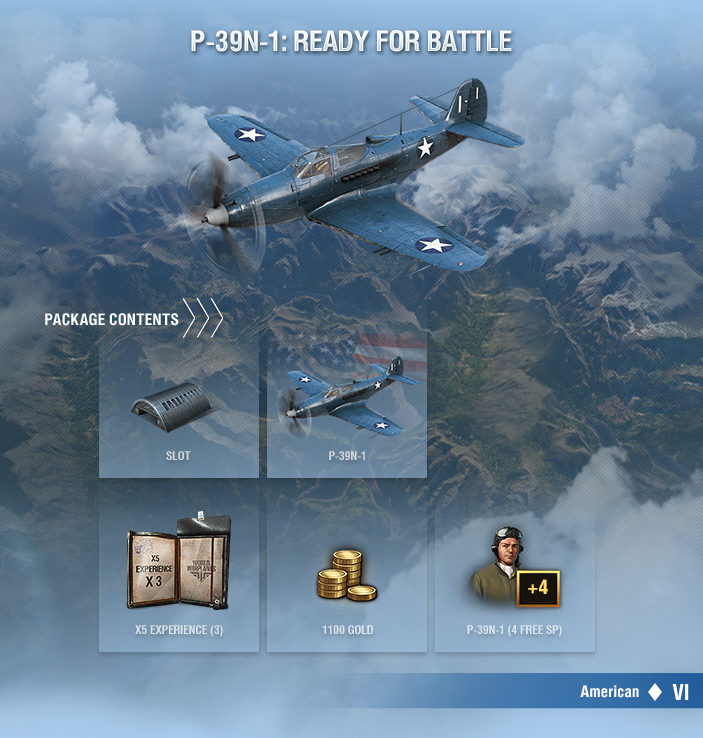 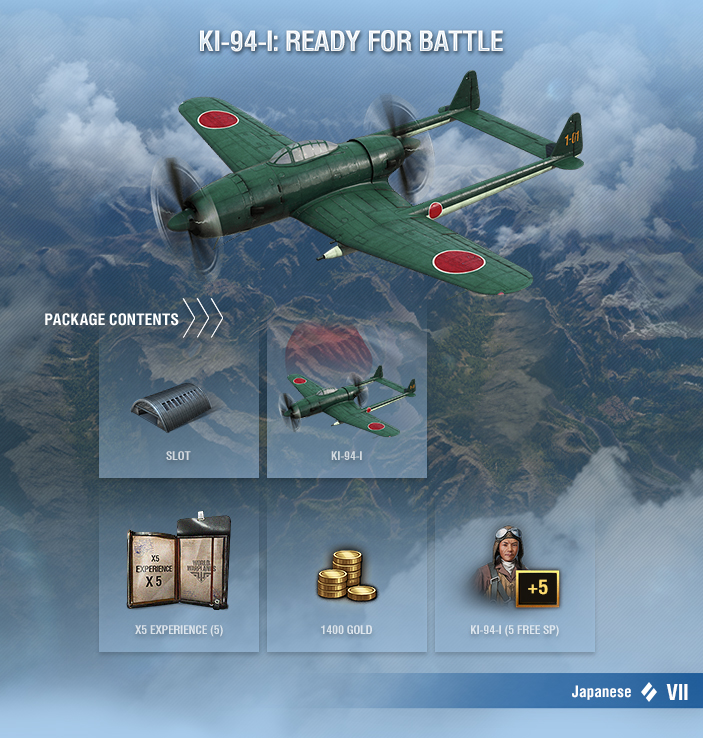 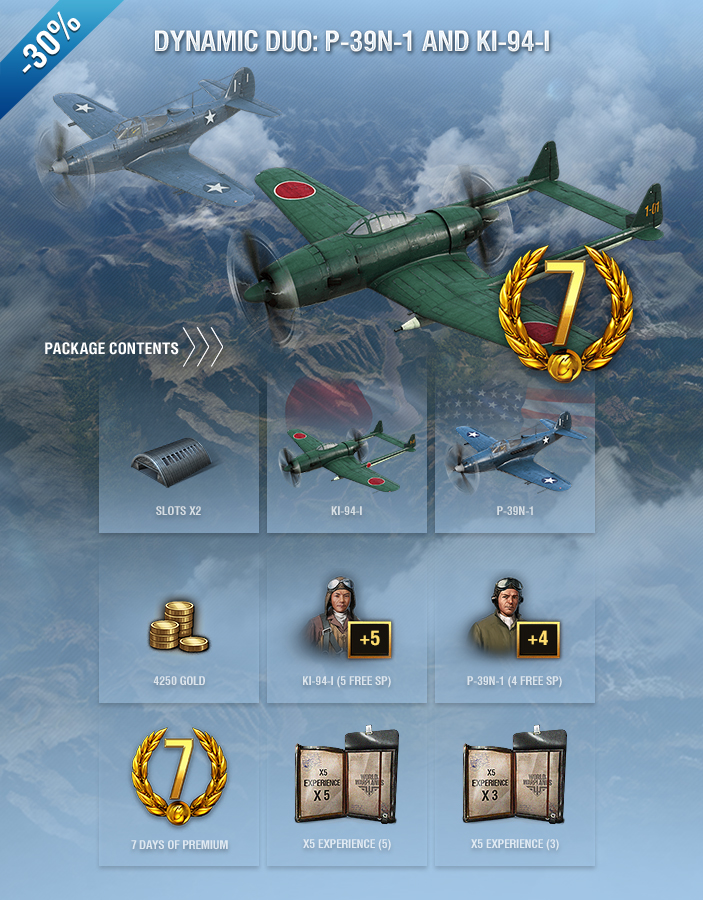