In contrast to the "flying tanks" of the USSR, these planes are sure to offer a variety of play styles. At lower tiers you'll get classic ground attack planes; middle tiers focus on using the primary weapons, high tiers become speedy and "die hard" general-purpose planes, somewhat reminiscent of heavy fighters.

Modeled after the Italian landscapes that saw military confrontation during WWII, Province features an extensive network of canyons, plateaus, towns, and bridges. This map will be added to the rotation for tiers V - X. Those of you who play World of Tanks may recognize a few features!

This frigid winter map is inspired by the European theater of war during WWII. Expect to see impressive mountain ranges and an epic canyon featured at the center of it all. Pilots flying aircraft tiers V - X will have the opportunity to play on this new battlefield. 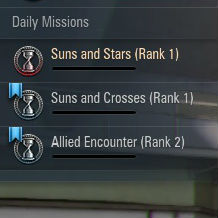 This feature will offer every pilot three missions every day. Aside from the satisfaction of a job well done, the best part? The rewards, of course! These missions will keep you well supplied for the battles ahead. Completed missions will be replaced with new missions the following day. 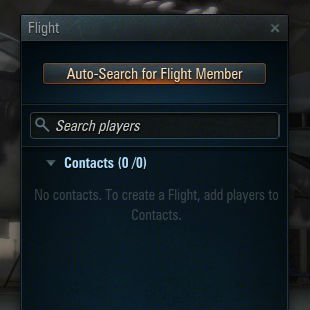 Our pilots have been asking for it, and it's finally here! An automated Flight finder. Looking for a few wingmen? Simply queue up with the auto-search feature to be partnered with other players. Your combat effectiveness will undoubtedly improve by working in concert with other pilots. 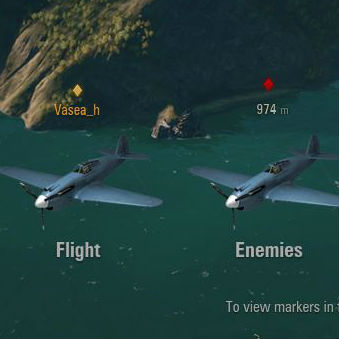 It's the small things that make for the most comfortable ride. Many of our testers have been requesting more options when it comes to adjusting plane and ground target markers. Well, we've ponied up and extended the ability of players to cutomize their interface setup. Modify to your hearts content!

German Ground Attack Planes
In contrast to the "flying tanks" of the USSR, these planes offer a variety of game styles. At lower tiers you will get classic ground attack planes; middle tiers focus on using the primary weapons, high tiers become speedy and "die hard" general-purpose planes, somewhat reminiscent of heavy fighters.

Gift planes (not obtainable for general public testers at this time)

2 new game locations were added. They will be available for battles of medium and high plane tiers:

Flight Auto-Search
Button added to the Flight creation window. After pressing the button, a player can join a Flight with other players in a plane of the same or near tier and go for a random Flight. Only one player can be added automatically. The player who activated the Flight auto-search earliest becomes the Flight leader. After one auto-search Flightmate is added, the Flight commander can add one more player from his contact list (and bring the total number of players in Flight to 3).

Balance algorithm has been improved to reduce the frequency of some issues:

Every day, players will be offered three missions to accomplish, for which they will earn Credits.

Each rank is awarded for completing a minimum set of combat missions on the Public Test of any further update of World of Warplanes, starting with 1.7.0. Upon receipt of each subsequent ran,k the award in the profile will be replaced with a new one.