Today we take a close look at the IL-2, a Soviet ground attack plane that was the staple of the Soviet Air Force during World War II.  Indeed Josef Stalin himself described the plane as ‘necessary for the Red Army, like air, like bread’.

The rise of the tank throughout the early decades of the 20th Century presented a problem to the Soviet military, who did not have a way to deal with enemy armour.  Throughout the 1930s, studies were made into methods of tankbusting from the air, but all proved fruitless.

With war looming on the horizon, a formal request for an anti-tank aircraft was finally issued in 1938.  Two designs were submitted – one by Sergey Ilyushin, perhaps the Soviet Union’s top aviation designer, and certainly the most prolific.  The other was Pavel Sukhoi’s Su-6.  Ilyushin’s design won.

The original prototype was known as the TsKB-55, and it was a two-seater aircraft.  The key feature of the design was the 7 mm armoured shell which protected the crew, engine, radiators and fuel tanks.  It was powered by a 1,350 hp AM-35 engine with a supercharger.  Ilyushin had created a ‘flying tank’ in which the armoured shell was designed before any consideration was given to aerodynamic performance.  The result was a solid aircraft, well-suited for the role of low-altitude ground attacks.

However, that wasn’t enough for the perfectionist Soviets.  They saw ample ways to improve on the design, and so some fundamental changes were made before the plane went into production. Another prototype was created – the TsKB-57.  Perhaps the most major change was a significant reduction in weight by reducing it from a two-seater to a single-seater plane.  It had an upgraded engine without a supercharger, the Am-38, giving it 1,700 hp. The plane also now featured a raised canopy for the pilot.  For armament, the prototype sported four wing-mounted 7.62 mm machine guns and was able to launch underwing rockets.

When Germany invaded in 1941, 249 IL-2 planes had been manufactured, but only 18 of them were available in the field.  Even those didn’t help though, as none of the pilots had yet received any training on how to fly this particular aircraft!  Although the planes took to the air to help in the defence, they did little to no actual damage due to the lack of experience by the pilots.

It was this situation that led Stalin to make his famous quote:

YOU HAVE LET DOWN OUR COUNTRY AND OUR RED ARMY. YOU HAVE NOT MANUFACTURED IL-2S UNTIL NOW. THE IL-2 AIRCRAFT ARE NECESSARY FOR OUR RED ARMY NOW, LIKE AIR, LIKE BREAD. SHENKMAN PRODUCES ONE IL-2 A DAY AND TRETIAKOV BUILDS ONE OR TWO MIG-3S DAILY. IT IS A MOCKERY OF OUR COUNTRY AND THE RED ARMY. I ASK YOU NOT TO TRY THE GOVERNMENT'S PATIENCE, AND DEMAND THAT YOU MANUFACTURE MORE ILS. I WARN YOU FOR THE LAST TIME. STALIN.

With such positive encouragement, the factories got to work.

The Mainstay of the East

Over the course of the war, over 30,000 IL-2s were manufactured.  They were by far the most numerous aircraft type to be produced by the Soviet Union during the war, and as a result, IL-2s served everywhere.  Fortunately, by this point the pilots and ground crews had learned the right tactics to use the plane, and so it proved to be far more effective!

The plane was called the ‘Flying Tank’ for a reason!  Not only was it extremely heavily armoured for an aircraft of the time, its main function was for destroying enemy tanks.  It is unknown exactly how many tanks met their ends at the hands of the IL-2, but numerous Shturmoviks were present at the Battle of Kursk in July 1943, a major tank battle during World War II.

The IL-2 was known for flying in large squadrons, allowing them to conduct a ground offensive over a large patch of terrain very efficiently.  They flew at extremely low altitudes, sometimes as little as 20 metres or less!  This meant that casualties among Il-2 crews could be high, despite the high armouring of the plane – the bigger danger came from simply flying so close to the ground itself.

The Germans attempted to counter the IL-2 threat by adjusting their tactics to pre-empt the aircraft strikes.  However, the Il-2 pilots quickly caught on and altered their own formations accordingly, rallying to smash the German tank divisions.

Another tactic associated with the IL-2 was known as the ‘Circle of Death’ attack.  In this formation, the Shturmovik group would fly in a circle around the target.  Each one would peel off in turn, performing a shallow dive attack and then pull up and around for another pass.  This meant the target was kept under continuous fire for as long as fuel and ammunition would allow. 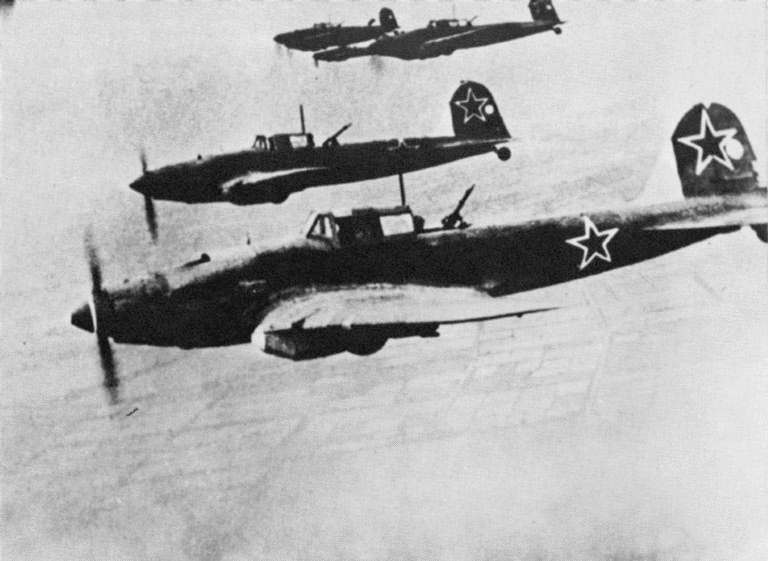 Despite the successes of the IL-2, the technology arms race of World War II continued at a rapid rate and it was only a few years more before the plane was starting to become obsolete.  To counter this, the Soviets made a constant stream of improvements to the plane to keep it viable for use.  This included replacing the increasingly ineffective 23 mm cannons with a pair of long-barrelled 37 mm NS-37 cannons.

The plane became two-seater once again by the addition of a rear gunner.  Materials were changed to improve weight and aerodynamic efficiency, and a later variant involved sweeping the wings back by fifteen degrees, a development which greatly enhanced performance and handling.

In 1943, Ilyushin went back to the drawing board and redesigned the plane from scratch.  This resulted in the development of what later became the IL-10, another plane in World of Warplanes. 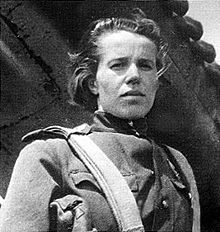 Despite the inherent risk in flying the sort of missions that the IL-2 was used for, a number of pilots survived a vast number of them.  These included Lt. Col. Nelson Stepanyan, who, according to Soviet sources, flew over 239 combat missions, sinking 53 ships, and destroying 80 tanks and 600 armoured vehicles, along with 27 aircraft.

Of particular note is another flying ace, this one a woman. Senior Lieutenant Anna Yegorova flew over 260 missions, nearly all of them piloting the IL-2.  She was decorated three times for her service, including the Gold Star ‘Hero of the Soviet Union’ medal.

Several IL-2 aircraft have been preserved and can be seen in museums dotted around Europe.  These include the Museum of Aviation in Belgrade (Serbia), the Museum of the Polish Army in Warsaw and the Prague Aviation Museum in the Czech Republic.  Meanwhile, in Russia, an IL-2 has been restored to flying condition and is the only airworthy example in the world.  See it flying in this YouTube video from the Russian TV news.

The IL-2 in World of Warplanes

The basic IL-2 is a Tier V ground attack plane on the Soviet Tech Tree.  Also related are the IL-2(t), a Tier VI version which is based on the later two-seater variants of the plane, and the IL-10, which was a complete redesign of the same concept resulting in much more lethal potency.  That can be found at Tier VIII on the Tech Tree.

The basic IL-2 has multiple configurations available for it, but all have the same focus – attack of ground-based targets and close-combat combat capability for defence purposes.  Whilst some ground attack craft can serve multiple roles, this is not one of them!  You’ll need to very much concentrate on helping your team achieve supremacy by attacking ground targets, so use your rockets carefully.

The Tier VI IL-2 is the two-seater version which gives you a rear gunner for shooting down those pesky fighters on your tail.  However, once again, your primary objectives should be ground targets.

The Tier VIII IL-10 is basically the IL-2 with much greater punch.  You’ll find it looks and feels much the same to fly, but the damage you are dishing out is much greater, so have fun!  You’d better keep sticking to those ground targets though – by this stage, you’ll be an important part of your team’s effort in winning supremacy by doing so.

Practice makes perfect, pilots. Get those IL-2s into the air and perform your own Circles of Death in World of Warplanes!